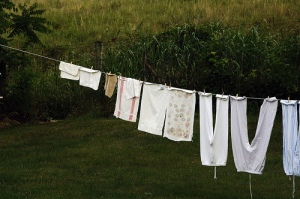 An earlier post included a laundry list of things I wanted to achieve through formative and summative assessment instruments in general and with the Critical Incident Questionnaire (CIQ) in particular.

(Who wouldn’t want to read a posting that begins with that sentence?  Ah well.)
The one I want to think about now involves the CIQ.
I’d like to see if it’s possible to use them as, in some cases, first drafts of paragraph-length, critically reflective text. Perhaps assigning one CIQ as a not-entirely-anonymous text and having them select one of their responses as a starting point for deeper reflection.
I’d also like to revisit Yancey’s cautions against the “schmooze-factor” (1998) to see if it’s possible to have students examine samples of critically reflective writing (perhaps through genre analysis or perhaps in the way craft-apprentices approach and emulate models) and generate their own in ways that are demonstrably transferable. I need to look at their arguments more closely, but Beaufort and Yancey seem to be saying that if we steer students towards a particular vocabulary for discussing what they’ve learned then we’re setting them up to compose texts that aren’t authentically reflective.
But my exploration of arts-instruction seems to be pointing me back to the use of models and the benefits of asking novices to adopt the styles and vocabularies of “masterworks” –to use imitation and prescription–as an important step toward developing one’s own style and mastery. I’ve been emailing colleagues who work at the intersection of creative writing and academic writing to see what they have to say about this approach.
In a nutshell what I find curious is that the rise of genre studies made it OK to refer to models–to dissect and in some ways to emulate them–but generally speaking in composition studies the use of imitation is considered old fashioned and downright uncool. We in rhet/comp tend to scorn the 5-paragraph essay because so many first-year writers seem to believe it’s THE way to compose an academic argument–the real danger presumably being that in teaching (or perhaps even tolerating) one model we exclude variations and discourage originality. I get that, of course, and also understand that if we’re going to use models there’s only so much time in a 16-week semester to cover multiple models and therefore no matter how much we might intend students to improvise their final paper it’s possibly unrealistic to believe that a model-oriented approach would truly foster improvisation.
But then again it’s a generally accepted Best Practice to co-develop rubrics and to use past papers as exemplars for rubrics.
So when we return to the subject of critically reflective texts is the issue somehow ethics as well as pedagogy?
Image source: Whitney McKim